5 Ways Cybersecurity Can Gain From AI 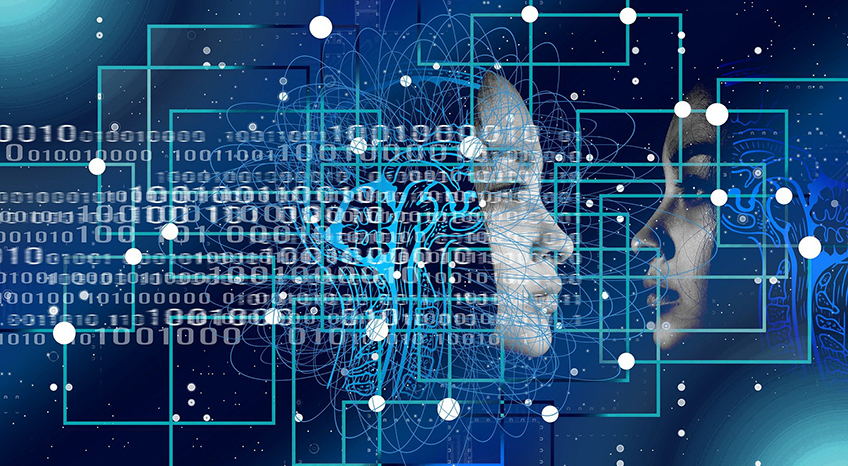 According to research from Markets and Markets, the artificial intelligence industry is expected to grow to $190 billion by 2025. By the year 2021, it is estimated that three-quarters of commercial enterprise apps will use AI.One area where artificial intelligence is making headway is cybersecurity. As in all industries, AI can improve data processes and free up humans from time-consuming responsibilities, allowing them to focus on more important issues.

AI is becoming such an important issue in cybersecurity, let’s take a look at some of the key ways the technology can help:

AI can be used to update security databases. By analyzing logs from various sources, artificial intelligence can detect when new threats are imminent. In other words, AI can collect comprehensive data from different logs and records and “connect the dots” to identify new threats that are being spread by hackers. AI can also identify malware and spyware trends by analyzing data across multiple channels. By using AI, new malware systems can be detected much quicker and before they can do damage on a large scale. There will be more time to come up with prevention methods to fix any bugs or security flaws that may be exploited by the malware or virus.

Besides detecting large scale malware movements, AI can also be used on an individual level to scan a system for abnormal activity. By constantly scanning, enough data can be collected to determine when a particular activity is abnormal. Users can be constantly monitored to detect when unauthorized access occurs. If abnormal activity is detected, AI can use certain parameters to help determine whether or not it may indicate a threat or whether it is a false alarm. Machine learning can be used to help AI determine what “normal” activity is and what should be considered “abnormal.” As machine learning becomes more advanced, AI will become better at detecting slight abnormalities which may indicate something wrong going on. As above, “connecting the dots” is the key here. Certain slight abnormalities may not seem significant on their own, but together they can paint a bigger picture of what may be causing them. An example would be how attackers entered the systems of Home Depot and Target by gaining access to third-party supplier credentials. Unfortunately, this was perceived as normal traffic. AI can constantly scan the system, analyze different activities, compare them with each other, and create warning alerts.

This is slightly different from how AI detects abnormal activity. Here, the focus is AI pinpointing potential weaknesses, bugs, and security flaws. For example, machine learning can be used to detect when untrusted data has been sent from an application. Injection SQL vulnerabilities are one of the most commonly exploited weaknesses by malware and viruses to steal data and enter systems. Another weakness AI can help detect is a buffer overflow, or when an application puts more data than usual in a buffer. Yet another area where AI can help is human error. Employee mistakes are some of the major causes of data breaches, and AI can detect them in time to prevent damage. On a larger scale, AI can stay up-to-date on current malware threats (as mentioned) and scan the current system to see how it would be vulnerable to any potential threats.

As AI gets more advanced, it cannot only detect when a certain system or update has a flaw, but automatically prevent those flaws from being exploited. Whether it’s adding additional firewalls or fixing coding errors causing vulnerabilities, this can be a great way to prevent problems from occurring.

This is similar to prevention, but happens at a later stage – when malware has already entered the system. As mentioned, AI can be used to detect abnormal behaviors and connect the dots to create a profile of malware or viruses in the system. The next step is an appropriate response to the malware or virus. This includes damage control, removing the virus from the system, patching any security flaws, and making sure additional protections are put in place to prevent the virus from infecting the system again.

Other Ways AI Can Be Used for Cybersecurity

Beyond these five main benefits, there are other ways AI can be used to improve online security – such as e-commerce. This is significant considering e-tail revenues are projected to surpass $4.88 trillion by 2021. And while it shows business promise, e-tail also brings added pressure for retailers to make transaction systems more robust and secure.  AI has already simplified inventory management, customer support & other operations. Now it looks set to strengthen security processes. For example, AI can be used to prevent credit card fraud. This is somewhat similar to the second point mentioned. Abnormal activity, such as a purchase from an unusual device, location or of an unusual amount, can be used to help prevent unauthorized purchases. It can also be used in biometric security systems to accurately detect users via face, eye, and fingerprint recognition systems. Machine learning can also be used to help users choose passwords. These systems can warn users when passwords are not safe enough – or even when passwords may have been compromised.

AI Still Has a Long Way to Go

While the benefits of AI in cybersecurity are numerous, there’s still a lot of room for improvement. For example, while detecting abnormalities can help prevent unauthorized access to an account or detect malware in the early stages of an attack, it can also lead to false positives.  AI can become a lot better at learning when an activity is truly abnormal (for example, a login from a new location may simply mean that the user is currently traveling). Still, security firms and software companies will continue to leverage machine learning to improve detection times, increase detection rates, prevent malware from spreading, protect systems, and increase customer security. And while AI still has a long way to go, it’s starting to have a real impact on the cybersecurity landscape.