6 Reasons Why Women Should Consider a Career in Cyber Security 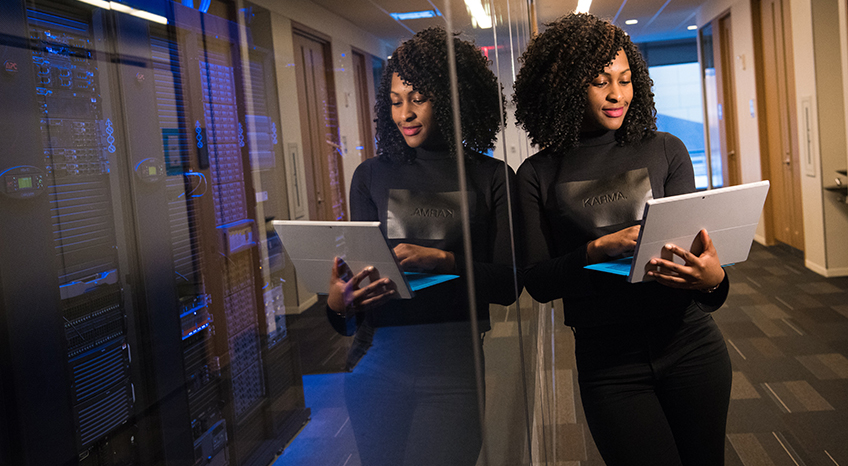 There is a massive labor shortage in the cyber security field. It has been estimated that, on a global scale, there are over 1 million unfilled cyber security jobs—and if history is any indicator, that number is likely to increase. Between 2010 and 2014, cyber security job postings grew by 74%. As cyber crime intensifies in both scale and sophistication and our society becomes increasingly reliant on technology, think the Internet of Things and Electronic Medical Records, the magnitude of this worker blight is becoming more and more threatening, posing serious risk to the safety and security of individuals, corporations and the nation as a whole. So how do we solve the labor shortage in the cyber security industry? Think women. Right now women in cyber security represent a mere 11% of the industry worldwide. That means that the cyber security industry is missing out on almost half of the population’s talent pool, during a period in history when cyber crime poses one of our most menacing threats.

Because demand is far outpacing supply in the cyber security sector and cyber attacks aren’t going away anytime in the foreseeable future, job security in this sector is strong. According to the 2015 (ISC)2 Global Information Security Workforce Study, there will be 1.5 million unfilled jobs in cybersecurity by the year 2020. So if you want a career you can rely on and that will offer opportunity for growth, cyber security is the place to be.

Thanks in part to the extreme drought in cyber security talent and the skills required to work in the field, salaries in cyber security are high. According to CNBC, the average annual salary for a cyber security professional with a bachelor’s degree is $116,000. And for the more advanced positions that typically require a master’s degree, the salaries almost double:

President Barack Obama remarked in 2013, “One of the things that I really strongly believe in is that we need to have more girls interested in math, science, and engineering. We’ve got half the population that is way underrepresented in those fields and that means that we’ve got a whole bunch of talent…not being encouraged the way they need to.”

President Obama isn’t alone in his sentiment. The realization that women are hugely underrepresented and direly needed in the field of cyber security has spurred the creation of many programs aimed at attracting and promoting women in this largely male dominated industry. Some of these programs and scholarships include:

For a comprehensive list visit the NICCS Women and Minorities Webpage.

Corporations as well as governmental agencies have recognized the lack of diversity in the cyber security talent pool as well as in their own cyber security departments. Not only is it beneficial from a public image standpoint to employ a diverse workforce, but more importantly, a diverse workforce drives innovation. As NICCS wrote, “Diversity encourages a culture where divergent opinions can be brought together to develop innovative solutions to solve some of the toughest problems our nation faces today.”

Women are sorely underrepresented in cyber security and often don’t see the occupation as a viable option due to a number of factors such as a lack of female role models within the industry, stereotyping and pay gaps. Yet, in order to change the industry and remove barriers for women, women need to enter the field in higher numbers and work to remove these stereotypes, demand equal pay and act as role models for other women hoping to enter the field.

Cyber security experts are in desperate need. According to The Center for Strategic and International Studies’ an estimated $100 billion is lost every year in the U.S. alone and roughly 508,000 jobs in the U.S. are lost every year due to cyber crime. Today’s wars are being fought online and as such there is an urgent need for both women and men who have the technical skills and understanding required to combat persistent and malicious cyber attacks.